Part one of The ESPER Files

STORY: You are Dr. Ian James McDermott, paranormal investigator, private detective, and practitioner of the forbidden arts. As lead investigator of the E.S.P.E.R. Society, you have been summoned to find Kathleen O'Neill and her young daughter Anna, last seen in the Willamette National Forest outside Salem, Oregon. This phenomenon is not restricted to this hapless mother and child... Six hundred thousand people go missing in similar conditions every year.

ESPER is a secret society founded in 1848 to stand in the gap between the darkness and the light. It stands for Extraordinary Supernatural Phenomena Explored and Revealed, but it's mission has extended far beyond the paranormal. It's agents have given up regular lives to keep watch over the shadow and make sure it doesn't encroach on humanity.

For there are more things to fear in the night than shadows.

TO PLAY: Right-click or scroll mouse to change mouse mode between WALK TO, INTERACT, and EXAMINE.

There are two endings to experience.

-There is a useful item in the car, and some other things may be hidden in similar places.

-Check every single nook and cranny. You never know what's hiding in the shadows.

-Don't forget to learn from knowledgeable people, and follow their instructions to a tee.

than is told to you explicitly in the game. There are secrets to be uncovered from

*Walk-behinds of trees in the woods in front of the cabin repaired.

*After the climax, the climax doesn't keep happening every time you enter the room.

*Made the top room of the tower easier to navigate. (thanks user CheapeeSoft Games)

(Thanks to user Niven Hedinger, and special thanks to you for the Let's Play of this game!

*Referenced the need to get your lighter (thanks user Graugen)

*Added instruction manual and an ESPER "feelie" with the compile package.

user psy_wombats for the suggestion)

*Autosave function (thanks to user Nick Pettigrew for the suggestion)

THE OCCULTIST is a series of games based on the ESPER Roleplaying Game, which has become the Wizard's Tale Universal Role Playing Engine. The previous entries in this series are ESPER: The Town on the Edge of Darkness, Heart of Abraxas, ESPER: The Secret of Drom Bennacht, Julia, and The Thirty-First.

The series is going forward under the name "The Occultist," with Ian McDermott as the main playable character. A short mission, "Bridge Under Troubled Water," is in production and will be released soon.

I plan on a whole series of games in this series, with 30 proposed missions and 4 future game plots already in the works. Future installments will include a character development system based on the rules of the RPG, complete with upgradeable positive and negative characteristics. I also have "The ESPER Case Files," a solo journaling RPG, an ESPER Files board game, and my own ESPER tarot deck in production  now.

If you like what you see here and would consider supporting my work, please check out my Patreon over at https://www.patreon.com/dogandahalf

All art and programming done by The Wandering Wizard, sound effects from www.freesound.org, and music from https://freepd.com/.

Dog and a Half Entertainment1 year ago

The bug fix is on the way! The AGS developer had it figured out shortly after I sent the bug in, but their forums went down and I haven't been able to see it. It will take me a while to implement it, since I have to change every single instance where two items interact, but that and a host of other bugfixes are underway! Thanks to everyone who posted and gave me the feedback to help adjust the game so it can be the best it can be. I'm not going to bother the host to update it before the voting period is done, but please keep an eye out for the completed version! And thanks again to all you lovely people who played, voted, and gave your feedback!

I am really fond of this game, it was funny, spooky and entertaining! Hope to see the continuation and fix for the bug. Enjoy the video: 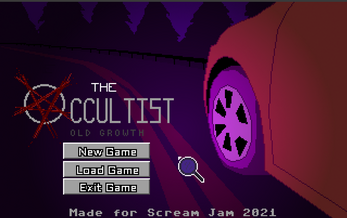 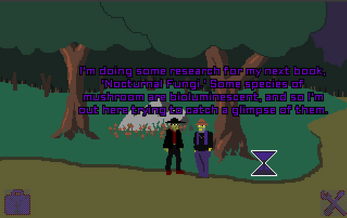 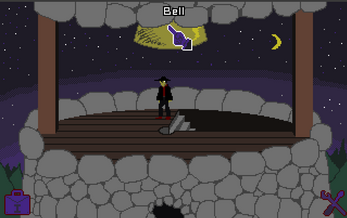 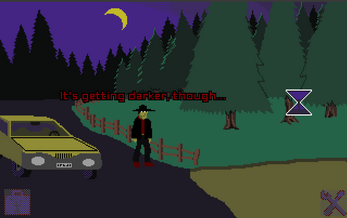